Quirky, eclectic, and radical are some words that come to mind when one first steps into the interior of The Seed.  From the colorful tile floor, to the all gender restroom and the flyers littering the walls it is clear that The Seed is a space designed with radicals in mind.  So what exactly is The Seed? 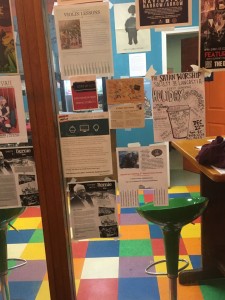 One of six founders, Audrie Marsh, defines The Seed as a progressive space.  All six founders, as former participants in the Occupy movements, needed a place to meet.  This would be especially crucial in the colder months, and so they leased the space in the Place Marie Mall on Queen Street.  Eventually they decided to establish a cafe so that they could maintain the low key atmosphere of a meeting place and still make money to cover the cost for the space.  The cafe’s goal is more about bringing people together than raising a profit.  The owners of The Seed are actually so adamant about this that they call their business anti-profit. 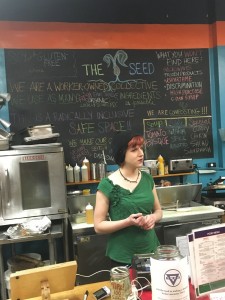 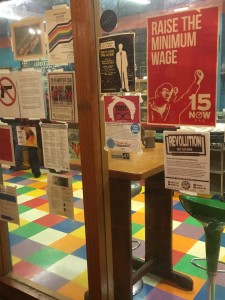 This is a unique dining spot among the many in Lancaster city that serves all vegetarian food and has many vegan friendly options.  None of the items on the menu contain meat of any kind and many of the items that do contain animal products can be ordered fully vegan.  The menu also has gluten-free options so anyone is likely to find something that they can enjoy.

Among the founding six members only two are vegan.  The rest of the collective

all wanted to have ethically sourced food for the cafe and they found that the best way to do that is to go the vegetarian/vegan route.  Many of the items on the menu that would traditionally be prepared with meat are instead prepared with substitutes like tofu or seitan. 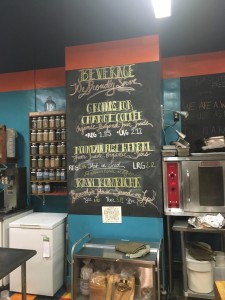 On the menu are some things that people might be surprised could be made vegan.  The cheezstake is something few expect to find in Lancaster and even fewer expect to find in a vegan friendly option.  Other popular items include sandwiches like the reuben and grilled cheese or wraps like the party girl, a reference to the 1995 film of the same name.  The drink options at The Seed include fair trade coffee, kombucha tea that is brewed in house, and an herbal tea bar where you can order standard tea or mix your own blend of teas.

The Seed is a vegan cafe and worker owned collective.  What this means is that there are no “bosses” or “employees” there are only workers and all of the workers have a say in how the business is run.  These workers are expected to not only take an active part in the business, they are also expected to doing behind the scenes work as well.  The collective often 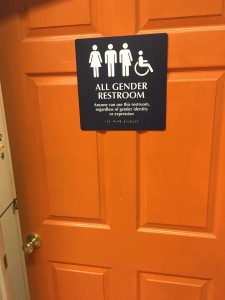 discusses ideas together for new and better things they can add to the space and because there is no hierarchy all ideas are treated equally.

The Seed establishes itself as a safe space.  The Seed and its workers are dedicated to making sure that the venue is a place where everyone can feel welcome regardless of race, gender identity, orientation, level of ability, etc.  The workers maintain a discrimination free environment so that traditionally marginalized people can feel safe. 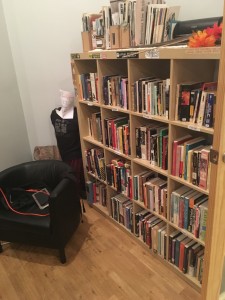 intersectionality in the activities of those who utilize the space.  The workers maintain this safe space by first educating those who violate the terms of the safe space.  If the problem persists the person may be asked to leave.  This is to ensure the comfort and safety of any people in marginalized groups that are in the space. 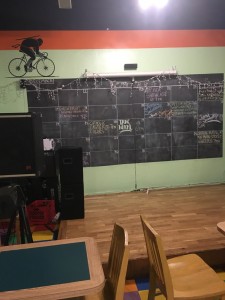 One thing that makes The Seed stand out from other local small businesses is their “anti-profit” stance.  The workers take the money that they make and all of it goes into running the business and keeping the workers in livable conditions.  All members of the collective are paid exactly the same.  All of the money that is left over from that would goes toward expanding the resources located within.  This expansion can be adding more books to the lending library, improvements to the space itself, or literally expanding the venue.  During the first year The Seed only existed as the single leased space where the cafe is located.  Just before the second year the collective had enough money to expand into the vacant space next to it.  This extra space became designated as The People’s Space and it contains their lending library.

The worker collective at The Seed is dedicated to promoting sustainability.  The food served at The Seed is all organic, ethically sourced, and most of it is locally grown.  Not only does this promote local business but it cuts down on emissions from delivery vehicles.  Food that is not eaten is composted so that nothing goes to waste.  In addition to this The Seed also donates food to charities and charity events. 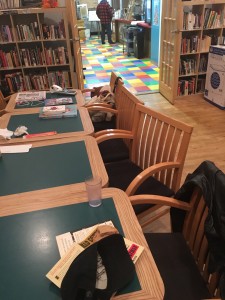 The community space provided by The Seed is intended to promote a more social sense of sustainability.  In this sense The Seed actively and passively supports sustainability.  The Seed provides space to local organizations and groups to plan events, hold events, or just to simply meet.  Most of these organizations or groups align with the progressive minded ideals of The Seed.  According to Marsh many of the groups that meet in The Seed are environmentally focused.  Marsh has also stated that there are also more socially motivated groups like Black Lives Matter and a group meant to bring together members and allies of the local transgender community.

Locally The Seed also provides culture and resources.  Right next to the entrance there is a magazine rack filled with zines on a multitude of subjects.  This availability gives local artists and activists a sense of a voice and these zines are available for purchase by donation.  Performing artists can utilize the stage space and sound equipment at the front of the cafe.  The Seed is open to events and most anyone can host an event there for just about any reason or cause. 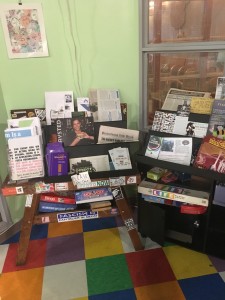 Marsh’s personal definition of sustainability focused benefitting people, workers, and the community at large.  She elaborated that something sustainable should have a “lasting impact and longevity that extends beyond original founders.”  So while it is like many other cafes in downtown Lancaster it has many more ways in which it sets itself apart.  The Seed reflects the progressive mindset of its founders and sets itself apart from other cafes by first and foremost being dedicated to the community of Lancaster and community groups based in Lancaster.  All of their food is bought locally so it helps stimulate local farmers.   It creates a safe and stable space in which groups can meet at no cost.   By providing literature and art spaces it helps other people in the community get involved and gives them the resources to create safe sustainable spaces like The Seed.  The cafe is only a few years old but this worker collective is doing everything they can to create a more sustainable world and they have started with the Lancaster community.

anti-profit: a business model taken on by the worker collective of The Seed.  Money first goes toward overhead, then to workers, and finally toward improving the business and its resources.

vegetarian: one who does not eat meat.

vegan: one who does not eat any kind of animal products.