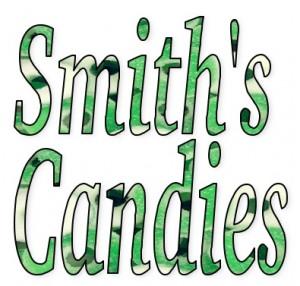 Smith’s Candies & Co. began their environmental initiatives in the early 2000s, when it took its first step towards becoming more sustainable and eco-friendly. In the past few years as Smith’s Candies environmental efforts have increased, they developed an environmental position to establish to customers and the community the business’ beliefs towards sustainability.

“Smith’s Candies & Co. is an environmentally friendly local business where our goal is to be conscientious about the factors that affect our planet by conducting business matters so that we can reduce any negative effects on the environment while still remaining true to our customers and our products.”

Who is Smith’s Candies? 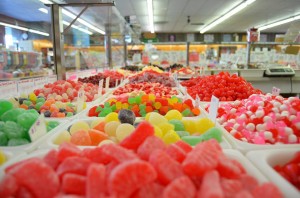 Smith’s Candies & Co. is a third generation candy business that has been family owned and operated since 1951. The business, located in Myerstown, is a local treasure, with a retail store selling a wide range of products from traditional favorites, such as Caramel Creams and Anise Bears, to the hottest new items on the market, like Minion’s Peeps. The business also has a wholesale warehouse, which is the “middle man” between big candy manufacturers, like the Hershey Company, and smaller retailers. This side of Smith’s Candies is continuing to reach candy and snack businesses all across the United States.

Smith’s Candies began in 1951 with a man named John H. Smith and his wife Regina. The couple left the bakery they worked at when they had the opportunity to buy a potato chip fryer. They began making their own potato chips in their small farmhouse to sell at local farmer’s markets under the original company name “Smitty’s Potato Chips.” John was given the opportunity to buy candy to sell along with the potato chips. The six cases of candy he purchased eventually became more popular than the potato chips and pushed the original product out completely, which lead to the change in the company’s name to “Smith’s Candies”. 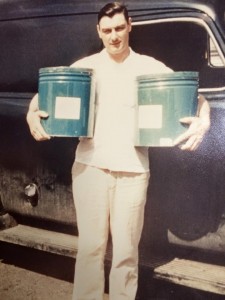 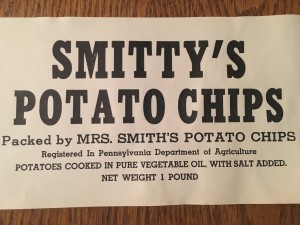 © M. Smith The labels for the potato chips with the original company name “Smitty’s Potato Chips”

The business grew so much and so quickly that John and Regina began a retail store and wholesale warehouse out of their family home. The business continued to flourish and remained in the Smith family home until 1967 when the business was passed down to the couple’s oldest son John R. Smith and his wife Shirley. When John and Shirley took over, the entire business moved to their home on Main Street in Myerstown and remained there until the business grew to be too much for their tiny home. The retail and wholesale businesses were moved in 1976 into an old local bakery in town until the business once again outgrew their location. This led to the separation of locations of the wholesale and retail stores in 1984. 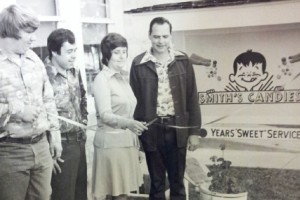 © J. Smith
John R. Smith and his wife Shirley cutting the ribbon for the opening of the new Smith’s Candies warehouse and retail store.

In 1986, John and Shirley sold the business to their only son, John M. Smith and his wife Beth, and to one of their three daughters, Kelly and her husband Mitch Hemperly. The two couples have remained owners as they lead the company and help it to continue to grow, even after almost 65 years of operation.

This is an interview with the owner and president of Smith’s Candies, John M. Smith, who discusses the history of the company, how they have become sustainable over the years, and how they will continue to be sustainable.

The wholesale side of Smith’s Candies began shipping products in 1980. The addition to the company made it really popular during that time because not a lot of small businesses were doing it. Between 1980 and 2000, the popularity of shipping fluctuated until the shipping portion became a major income for the business in the early 2000s. The business’ owners were beginning to realize how much the shipping supplies were being used, how much they were wasting, and how costly the shipping supplies were. They did not want to just get rid of the shipping because it was such a vital portion of the business, but they also did not want to keep wasting, and not recycling, all of the products. 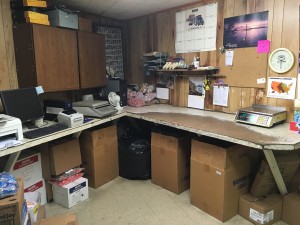 © M. Smith
This is the shipping desk where all of the shipping supplies are sorted and all the packages are packed to be sent out.

In the year 2001, the company began recycling all of the packing and shipping supplies they were receiving in shipments to send out in their own shipments. The items included in the recycling initiative were boxes, packing peanuts, bubbles, and saran wrap. Employees took the extra time to sort out all of these shipping products in order to reuse them in the shipping process. This change has helped with Smith’s Candies carbon footprint, while also saving them money. Smith’s Candies use of their own shipping products was the start of many changes to the company.

Below is a picture slideshow of the shipping products that Smith’s Candies recycles. Included in the video are bubble wrap, styrofoam sheets, puffed pillows, cardboard cutouts, and boxes.

After making successful changes to the shipping department, the owners thought it was time to add some more green initiatives to the company. They were looking for a way to limit the amount of freight trucks delivering to the business on a weekly basis. The owner’s hope was that their efforts would help to decrease the amount of pollutants that were being put in the air as a result of the company’s use of so many freight delivery services. 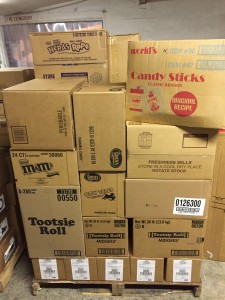 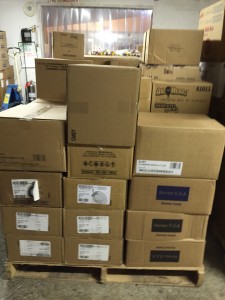 Smith’s Candies had a new standing sign placed out in front of their retail store in 2006. This change was put in place so that the business had a sign with a light that was set on a timer. The goal was to reduce the amount of energy that the sign uses by having the sign’s light off during the day when it is light outside and during the night and Sunday’s when the store is closed. This meant that the sign’s light is only on a few hours a day when it is dark outside but the store is open. 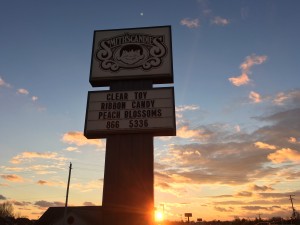 Use of energy saving light bulbs:

Continuing their sustainability efforts, Smith’s Candies began using energy saving LED light bulbs in 2008 in order to reduce the amount of energy the lights in the retail store and wholesale warehouse were using.

Since the time that Smith’s Candies had a retail store, the company used plastic grocery bags for customer’s to carry their purchases home. In 2013, Smith’s Candies began having recyclable totes made with their logo on it to sell at their store and also give away for special occasions to reduce their use of plastic bags. 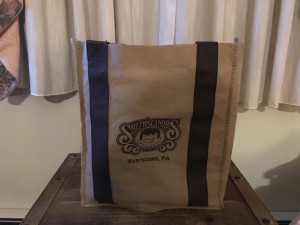 Smith’s Candies believes in the work that they are doing for the environment and want to continue their current efforts towards sustainability while also finding new ways to be eco-friendly.

Since the company was founded in 1951, Smith’s Candies owners and employees have just been placing old computers and similar forms of technology into storage. This was mainly because they did not know how to properly dispose of the units. Recently, the owners found a technology recycling company that has slowly been taking their old computers, phones, and other systems and properly recycling them. The company has just recently started to begin doing this earlier this year and will continue to do it in the future. 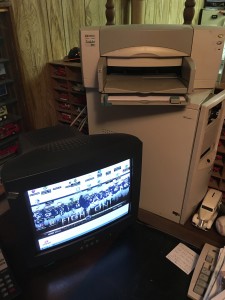 The next step that Smith’s Candies is looking to take towards becoming more sustainable is transitioning from receiving and paying all of their bills through paper statements and transactions to paying as many of their bills as they can online. This will reduce their waste of paper products.

Master Distributor: A high volume inventory distributor that is able to ship most orders immediately from stock

Recycle Totes: A reusable grocery bag normally made out of cloth