Aiming to preserve the Earth and its resources for the human being all other inhabitants, Earth Day has been celebrated for many years 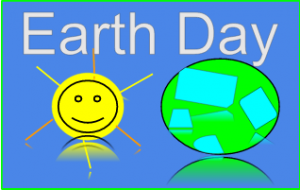 April 22nd, marks the annual celebration of Earth Day here in the United States and across the globe. First recognized in 1970, Earth Day creator, Senator Gaylord Nelson aided in pushing the commemoration to millions of communities and people. The anniversary of Earth Day is held to showcase the importance of sustaining clean air, land, & water.

Born in Wisconsin, the first “conservation governor”, Gaylord Nelson was a leader in the fight to reduce the degradation of the environment. He was elected to serve two terms as governor in Wisconsin, and promised reform after community concern of the exploitation of natural resources. A noted accomplishment was the establishment of the Youth Conservation Corps, which created over 1,000 green jobs for the unemployed. After his election to the Senate in 1962, he soon realized the lack of political conversation related to environmental issues in governmental affairs. He struggled to demonstrate the importance of the subject amongst his peers, so he turned to the American people for their support and activism. In honor of protecting the planet, and encouraging the mission of former leaders of environmental awareness, activities on a state and local level are planned each year, here in Lancaster County. Activities provide families with the knowledge and ambition to keep striving towards sustainability.

Organizations, businesses, and schools in Lancaster are often involved in developing Earth Day festivities for the community.

Sahd Metal Recycling– A family owned business who buys, sells, and recycles metals. With investing in green technologies, the business as become a community leader in the area.

Their annual Earth Day event is a free family friendly event that offers tours to families who want to view the business’ recycling processes for themselves. Vendors specializing in reducing, reusing, and recycling are invited to educate families with their own information. Guests can bring in aluminum cans to recycle on site and enter in a contest to see who recycles the most as well as other contests. Guest are asked to wear closed toed shoes and to sign a waiver for their safety.

In 1941, Frank Sahd started the Frank Sahd Salvage Center along with his wife Lucille. The business encompassed an antique store in the front and a scrap metal business in the garage. Frank bought and sold metals with and without iron in them. The operation grew in 1950 so Frank had to move the company to its current location at 1045 Lancaster Avenue in Columbia, Pennsylvania. He began to shift the company’s focus to solely dealing with recycling metals rather than the emphasis on the antiques. The business became incorporated in 1967. After Frank’s death in 1967 his brother, his 2 sons and their cousin took over the business.

North Museum of Nature and Science

Founded by Franklin & Marshall College in 1953; a place to discover science, nature, and history. The museum offers a Explore Nature Gallery, a Live Animal Room, Dinosaur Gallery, an art planetarium and so much more.

Although not a specific annual event, the facilities Explore Nature Gallery features live animals and hands on activities almost year round for children to learn and play. For granted admission, adults are $9.00, youth ages 3 to 17 years of age are $8.00, senior citizens (65+) are $8.00 and children 2 and under are free to enter.

Neighbors United Lancaster–  Represents 3,300 households in northeast section of the City of Lancaster. The group is known for increased community communication through advocacy for the importance of increased urban styles of living.

In a devotion to make Lancaster a greener and cleaner place, Neighbors United Lancaster hosts annual Plogging, Sidewalk Clean ups, and Garden Box events. The term “Plogging” which refers to picking up trash while jogging comes all the way from Sweden. Other events the group hosts include planting a tree at a cemetery and adopting a tree to enhance Lancaster’s urban forestry. Sign-ups for each event can be found on their website. The events are free and open to the community.

POUR is no longer around but they held a central role in Lancaster City’s Earth Day celebrations. Craft Food and Drinks – An upscale bar and restaurant that combines the fresh ingredients used in their recipes to then pair with a variety of wines and beers. 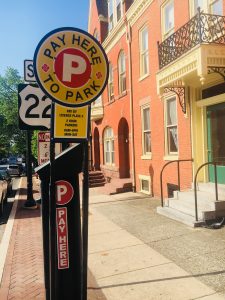 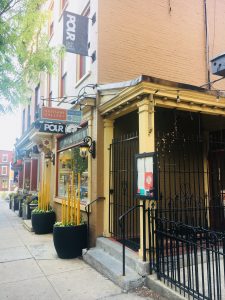 The restaurants annual Earth day event showcases all organic, eco sustainable, and biodynamic wines from all over the world. “Biodynamic” refers / relates to the farming system in which materials are usually sourced locally for fertilizing and soil conditioning. The cost of the event ranges from $30 – $50 dollars with a limited amount of space available. A reservation is required. Guests can call to buy their tickets or come to the restaurant in person before the event. Live music is provided while guests enjoy the food and wines provided.Environmental Protection Agency:

The EPA was born in the wake of elevated concern around environmental pollution. It’s mission is to protect human health and the environment.

1960s photos of the earth began to highlight the idea that the earth’s resources are finite. President Richard Nixon presented the House and Senate with a 37-point message that requested funding, the talent to research the impact of pollutants, new legislation, and new tax laws. With headquarters located in Washington D.C., the EPA was officially established on December 2nd 1970. Today the Environmental Protection Agency has 10 regional offices across the United States to continue in the pursuit of decreasing environmental risks.

President Nixon believed that conservation efforts in the U.S. were lacking. In response to a growing public support, congress passed the Endangered Species Act (ESA) in 1973.

The act was meant to protect the ecosystems in which species inhabit. All plants and animals, except for pest insects are eligible to be listed. A species under the ESA can be listed as either “threatened” or “endangered”.  The term “threatened” refers to a species who is likely to become endangered in the near future. The term “endangered” refers to a species whose population is significantly near extinction.

Biodynamic- of or relating to a system of farming that follows a sustainable, holistic approach which uses only organic, usually locally-sourced materials for fertilizing and soil conditioning, views the farm as a closed, diversified ecosystem, and often bases farming activities on lunar cycles.