Lancaster has arguably the richest, and non-irrigated farmland in the world. Each brew made by this company gets its hops from over 5,300 local farms. These hops come from the heart of many different farmlands throughout Lancaster County. With having such a great farming area, The Lancaster Brewing Company has excelled from the acceleration of rich hops being produced throughout the region. Using the many different farmlands throughout Lancaster County, the comp-any has been able to excel in its profits and growth of the company. 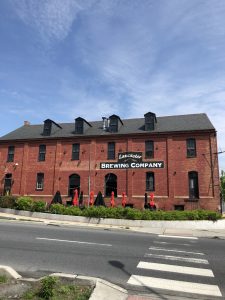 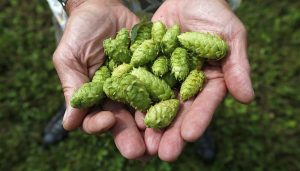 Some of the finest hops in the US come from right here in Lancaster County. Hops are used to create the different flavor for beer.

Lancaster is one of the best places in the entire world for farming. The land is so rich and perfect for farming. You see there are a lot of businesses throughout Lancaster that get there materials and needs from different farms throughout the county. The Amish community have done a great job not only keeping up with their farms, but using them as a source of profit from many different companies. The Lancaster Brewing Company doesn’t just use one farm source to get their hops for the many beers they make. But they use thousands of different farms. In my opinion this is a very smart move by them because they have a wide variety of sources for hops. Not all of the hops will bring the same flavor as the one before it so this allows the company to mix and match the different hops together to create the many different beers that they have.

The company did originate in Lancaster in 1995. They have a selection of beers that they do showcase all year long but they also have beers that are only seasonal and available at a certain time of the year. The beer that is produced here at Lancaster Brewing Company doesn’t just get sold in Pa but all across the Mid-Atlantic Region such as:

The actual brewery is housed in The McGovern Tobacco Warehouse, which is also recognized by the National Register of Historic Places. The Lancaster Brewing company is also a restaurant and host tours of the building where they brew the beer at. The restaurant is open 7 days a week where they serve delicious food and have up to 12 beers on tap at any one time. If you’re looking for a great bite to eat and enjoy a freshly brewed beer right in the heart of Lancaster, then the Lancaster brewing company is the place for you.

The company produced the first commercially brewed beer in almost 40 years. It has revived a great history of brewing. It was forced to stop production of beer due to World War 1 and the Prohibition. There were many brewing companies that were forced to stop producing beer legally in November of 1918. The production of brewing fine beer in Lancaster County resumed once the Prohibition was over. Then in 1995 the Lancaster Malt Brewing company opened up in 1995 in the building that is in currently in now. They then switched their name to what it is now the Lancaster Brewing Company. The company has been very successful since its reopening in 1995.

To this day it is a very popular place in Lancaster to go out to eat and enjoy a rich/tasty beer. Brewed with the riches of hops throughout Lancaster County. So if you’re 21 and over you should 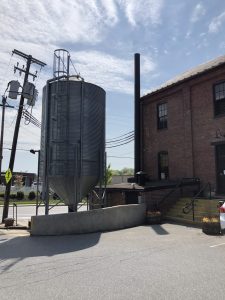 definitely stop in the Lancaster Brewing company grab a bite to eat. Enjoy a cool refreshing beer of your choice. When the weather is nice, enjoy the beautiful outside arrangement they have. Or if you’re on the run you could grab a 6 pack or even a keg for a special occasion. This company bloodline runs through the heart of Lancaster. It starts with getting quality hops from the community surrounding it. The Lancaster Brewing Company has found success using its resources right around them create fine and rich beer for decades now.