Lancaster County is one of the most impacted areas of Climate Change in North Eastern United States. 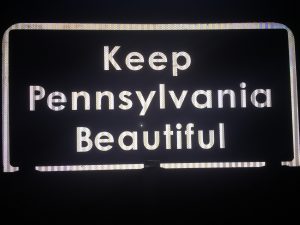 In today’s world it’s normal to look outside and see trash covering the streets and the grass. Oftentimes people don’t even think twice about the trash lying in the streets, just opening the car window and tossing it out. Plastic pollution and litter may seem like a problem that will never be solved, but there’s always ways that people can help out – even if it’s starting small. 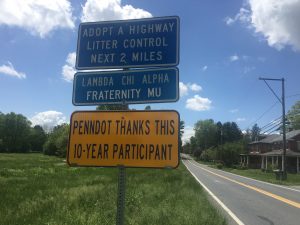 Originally started in the 1980’s, the Adopt a Highway Litter Control program is program that encourages organizations to “adopt” a highway and pick up the litter. Local residents and Millersville University students gathered in April to pick up a highway. Known as “The Highway Pickup” by the students of WIXQ, the event has been happening for more than twenty years. Former Millersville University Professor Ralph Anttonen and Judy Anttonen have been part of the Adopt a Highway program for two decades. “It started when we went to Europe,” said Anttonen, “and we realized how clean France is and how clean Finland was, so we decided to adopt a Highway.” 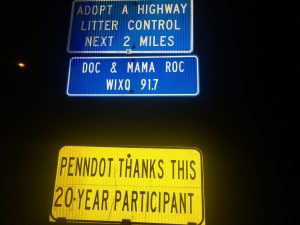 One of the students who participated in the Highway Pickup noted that, “in America we just throw our trash wherever we want to and its really important for us to understand the impact that it has on the environment. And by going out and actually picking up the trash we can see how much people throw out.” With two teams of four, the students picked up a total of eight bags of litter off of Long Lane – near Cherry Hill Orchards. It was surprising how much litter the teams picked up in under two hours. 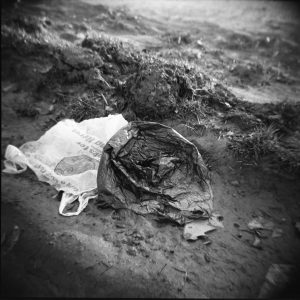 America Runs on plastic.  Americans use 100 billion plastic bags each year – the evidence left in the trees and in the oceans and killing our wildlife. 800 metric tons of ends up in the world’s oceans and there is more microplastic in the ocean than there are stars in our galaxy. In just one day, Americans use 500 million straws -enough to go around the Earth twice. With the rate that plastic production is increasing, by 2050 the amount of plastic on the planet will outweigh the amount of fish in the ocean. 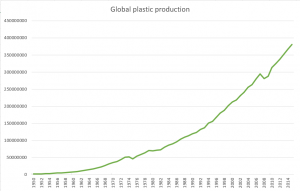 People don’t change and people don’t want your ideas thrust upon them, but there’s ways you can influence those around you. Recently in March, the Climate Speakers Network hosted a Climate Change Workshop at the Lombardo Welcome Center (Millersville University’s first zero energy building). At the workshop the speakers discussed the impact of litter on the local level. Due to pollution, Lancaster county is one of the warmest areas in the region – due to the large cities that surround Lancaster.

One of the biggest messages that the Climate Speakers Network gave was that you can spark change by yourself.

Living a sustainable life is good, but it’s not easy for everyone. Switching to sustainable energy like solar or wind isn’t always an option for everyone – be it the cost or your location – but even without using a renewable energy source there are things you can do in your everyday life to reduce the amount of litter in the world.

Some things that you can do to help against climate change:

“The Reality We Now Face Implores us to Act” 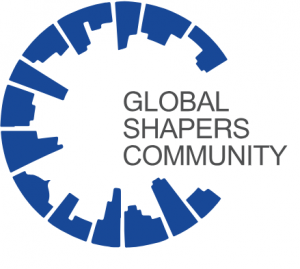 On March 2nd, 2019 the Global Shapers: Lancaster Hub and The Climate Speakers Networked joined to host a Climate Change Workshop in the Lombardo Welcome Center at Millersville University. Titled Lancaster Passed on Plastic, the workshop focused on climate change and how Lancaster is affected by litter and pollution. In the opening presentation a speaker from the Climate Speakers Network noted that Lancaster is actually one of the warmest areas in the North East in regard to climate change and is warming up the quickest. During the rest of the event The Climate Speakers Network gave presentations during the first breakout session and the Global Shapers gave presentations during the second breakout session. Focused on fracking and microplastics and how both are affecting the environment. The Global Shapers for their part gave advice on how you can fight climate change on a personal level.

Every year Millersville University does its own part in the fight against climate change. Every April Millersville University’s office of sustainability hosts ‘Ville Unplugged, an event that encouraged Millersville students to be more sustainable in their everyday lives. This year ‘Ville Unplugged ran from March 25th to April 14th. During the course of the three-week event there was an energy conservation competition between the residence halls. Overall, West village won the competition by using only 30 thousand kWh of energy. West Village also reduced energy by 22 percent relative to last year. Other organizations participate in ‘Ville Unplugged, including the university radio station – WIXQ. Over the course of the three weeks, WXQ encourages its DJs to play primarily acoustic – “unplugged” – music to promote the idea of energy saving.