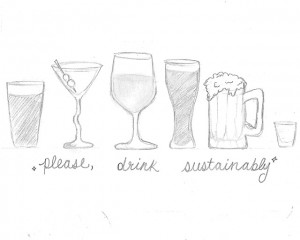 Sustainability is often thought about on the most basic level. This includes practices such as recycling, reusable water bottles, pollution reduction, and minimal electricity use. Sustainability goes much deeper than that, and Lancaster County has demonstrated that over the past several years. Breweries and Distilleries have become much more conscience about their carbon footprint, and Lancaster has a few to offer. These new brewers and distillers have implemented sustainable practices in ways you may not have realized. So next time you’re ready to grab drinks, check out Thistle Finch Distillery, Wacker Brewing Company, Lancaster Brewing Company, or Better World Spirits. 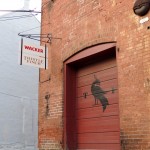 Thistle Finch Distillery and Wacker Brewing Company uniquely share the same space in Lancaster city. It only seems perfect, since each of them practice sustainable efforts in making our favorite alcoholic beverages. The building, located at 417 W. Grant Street, was originally a tobacco warehouse in the 1900s, and is now apart of the National Register of Historic Places in Lancaster County. Andrew Martin, owner, utilized wood from a 1900s barn being torn down in Lititz, PA. This repurposed wood was used for the floors, walls, sliding doors, and even the bar. 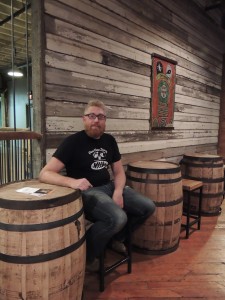 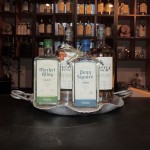 Thistle Finch believes that local grains should be used in their distilling process. Snavely’s Mill, located in Lititz, PA, provides about 90% of the grains used in producing their award winning white rye whiskey. 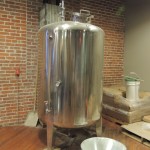 In addition to using local grains, Thistle Finch and Wacker Brewing Company also make a conscious effort to reduce/reuse their water use as much as possible. Cooling water, from the still, is collected and held in a container until the next distilling process, where it is used as mash water. Once the grains are “spent,” meaning the sugars, proteins, and nutrients are extracted from the grains, Andrew donates the mash to a local pig farmer, Tyler Neff. 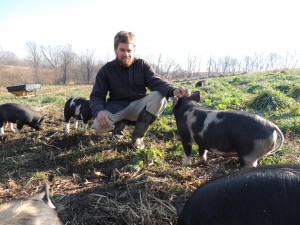 Tyler is another local sustainable farmer, who believes that “we should be working with the environment, rather than against it” (Personal communication, November 25, 2015). He mimics the natural patterns of animals by rotating pastures and allowing the pigs to roam free. He rotates through typical pig feed pellets and Thistle Finch’s spent mash (a non-alcoholic, liquid form of spent grains).

This winter (2015), Thistle Finch will begin experimenting with an alcohol burning stove to heat the distillery. During the distilling process, roughly two liters of alcohol is filled with impurities and has an extremely high alcohol content, called foreshots. Instead of discarding the foreshots, Thistle Finch will begin using them as the source of fuel. In doing so, they are reducing waste, saving money, and recycling it back into the distillery. In the future, they also hope to install rainwater collectors to use during the cooling process. This will save money, and reduce run-off into the city (A. Martin, personal communication, November 11, 2015). 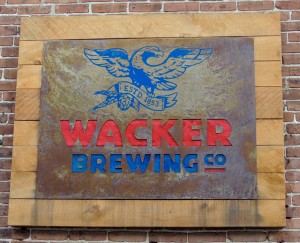 When Wacker Brewing Company reopened its doors to new management in 2014, they set out to become a sustainable, up-to-date brewery. The bar and other commodities were built from repurposed barn wood in the local area. They also aimed to find environmentally friendly production practices, and create a low carbon footprint.

One of the first steps in succeeding this goal was finding a biodegradable cleaning products. These products are safer for the environment, and make the cleaning process easier. They hope to implement an ozone cleaning method, which is the most environmentally friendly cleaning method. This FDA approved natural gas kills bacteria, fungi, and allergens instantaneously. This would completely eliminate chemicals used in the brewing process. 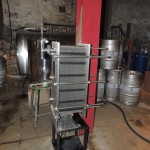 Wacker also focuses on reusing water during the brewing process. Using a plate heat exchanger, they are able to cut back on the amount of water used. As boiling beer enters one side of the thin plates, cold water simultaneously passes through the other side. This yields about 72 degree beer, and close to boiling water, which will be used to start the next batch of beer. This drastically reduces the amount of natural gas used during the cooling/heating process. If Wacker does begin brewing without pre-warmed water, they are conscious about utilizing the boiler the same day Thistle Finch uses it, to cut down on natural gas usage. 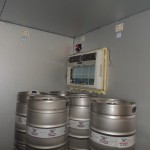 Avoiding oversized equipment is an easy alternative to running a more eco-friendly business. Wacker does this by substituting an air conditioner in place of a large walk in cooler.

Other sustainable practices include: 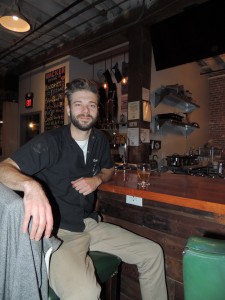 Upon finding a bigger brewing location, Wacker intends to implement even more sustainable practices. Solar energy is one of the first items Michael Spychalski’s (operations manager/head brewer) list of practices to execute. Solar panels will assist in heating the hot water tanks and the building in general.

He would also like to install rainwater collection tanks which can be easily cleaned and treated for brewing use. Lastly, he would like to start collecting CO2 from the natural brewing process. Instead of letting the CO2 escape from the tank, he will collect it, clean it, and use it to carbonate the beer later down the line. (M. Spychalski, personal communication, November 11, 2015). 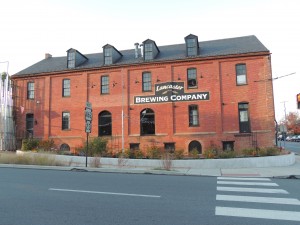 Lancaster Brewing Company (LBC), located at 302 Plum St., has become quite popular place to dine or grab drinks with friends. Not only do they have great tasting food and beers, but you can also enjoy them with a clear conscience. First and foremost, LBC recycles their spent grains to local farmers to feed cattle or use as fertilizer. They also donate some of the grains to 2 Pup Pastries, a local business, to make dog treats. Additionally, LBC recycles their yeast about five to six generations.

Other ways that LBC interacts with the community include: 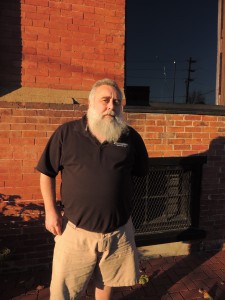 With a new building being renovated for brewing purposes, more energy efficient practices could be on their way. Bill Moore, brewmaster, would like to install solar panels at the new location, to decrease natural gas use. Although it is not realistic due to city limitations, Bill would introduce a windmill to increase further sustainability if he could. 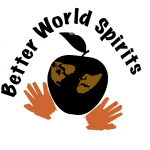 Better World Spirits (BWS) is an up-and-coming sustainable distillery, that we hope to see in the next one-two years. Located just outside of Lancaster County, BWS will open their doors in downtown York. Wade Keech, founder of BWS, has a ton of sustainable practices for its benefit corporation. For every bottle of spirits sold, they intend to give back to the community, in ways such as free educational services and classes about sustainable living. The Pennsylvania Association of Agricultural Educators is working with BWS to achieve this goal.

Exercising sustainable energy sources is another goal that BWS is striving for. Further sustainable practices will include buying locally within a 50 mile radius, and attempting to sell as local as possible (about 100 miles). Buying grains from, and donating spent grains to local farmers for feed, are further ways to ensure BWS are obtaining sustainable practices. They uniquely share their spirits sustainably by donating used whiskey barrels to make pickles. When pickles and brine are poured into the recently used barrels, hints of whiskey and oak are infused into the pickle brine, creating an innovative original flavor.

Although this distillery is still in the works, check them out when they are up and running. Keep up-to-date on their progress by visiting their website and social media outlets.

Lancaster County has improved their sustainable efforts in a multitude of ways. The local breweries and distilleries have stepped up their game and proven that they are just as sustainable as the next local business. Although they all share similar sustainable efforts, they each showcase distinct ways of saving the environment. Supporting businesses like these help build a more conscious community and a sustainable future.

Fresh Gear (n.d.) What is ozone? Retrieved from http://www.freshgear.com/our-process.html