Three Mile Island owner, Exelon, will be closing the power plant which is best known for its 1979 meltdown. The closing will change Pennsylvania’s economy and the way we generate our power. 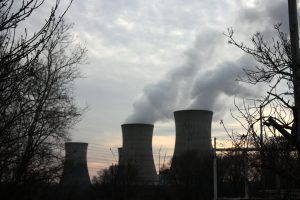 Exelon Corporation, who owns Three Mile Island, is closing the generating station in September of 2019. In order to have the plant decommissioned, Exelon will have to inform key stakeholders, terminate capital investment projects, canceling 2019 fuel purchases and outage planning, and make permanent shutdown notifications to the Nuclear Regulatory Commission within 30 days. They will also be charged for $65-110 million for 2017 and accelerating approximately $1 billion in depreciation and amortization through the announced shutdown date. 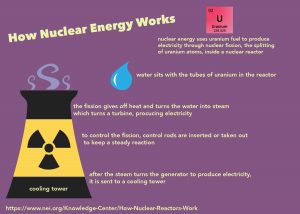 Nuclear energy often has a bad reputation for being dangerous. The Three Mile Island plant, located on the Susquehanna River, especially carries this reputation after it’s nuclear meltdown on March 28, 1979. People everywhere were concerned with the installation of the plants and did not want to be in close range of the plants in case of a nuclear emergency. Following the meltdown, construction on nuclear power plants across the United Staes came to a halt.

Since the incident, Pennsylvania is now better prepared with emergency response planning, reactor operator training, radiation protection, and different design and operation of nuclear plants, according to the Department of Environmental Protection.

The retirement process for nuclear power plants takes a lot of time and resources. Nuclear waste needs to be disposed and equipment must be decontaminated. Nuclear reactor operators must safely dispose of any nuclear waste and remove or contain any radioactive material. This may include nuclear fuel as well as irradiated equipment and buildings.The radioactivity of the material makes the process much more tedious and expensive than retiring other kinds of power plants.

According to the U.S. Energy Information Administration, Three Mile Island will be decommissioned using the Safe Storage method, also known as deferred dismantling. This involves containing and monitoring the reactor and equipment until radiation drops to safe levels.

The timeline allows for up to 50 years of containment which is then followed by up to 10 years of decontamination. This allows for radioactive contamination to decay to safe levels, therefore, reducing the amount of radioactive material that must be disposed of. This can reduce the total decommissioning cost. The operators also have more time to secure funds over the longer time frame.

In addition, for a power plant to be completely decommissioned after the site is returned to greenfield status, meaning the site is safe for reuse for purposes such as housing, farming, or industrial use.  The decommissioning process is paid for through a fund that every plant operator creates during construction. When reactors are retired earlier than planned, however, there is an exception. In this case, the shortfalls in funding may result in additional expenses to electric ratepayers. 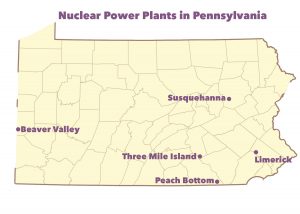 The loss of Pennsylvania nuclear plants will increase air pollution, compromise the resiliency of the electric grid, raise energy prices for consumers, eliminate 16,000 of good-paying jobs and weaken the state’s economy, according to Exelon.

There are five nuclear power plants in Pennsylvania, so cutting one of those back will have large effects on our state’s electricity generation. The commonwealth ranks second in the nation, after Illinois, in nuclear electricity generating capacity, and nuclear power is the largest source of generation in Pennsylvania. With the closure of Three Mile Island, the state will be looking for ways to fill the gap in energy production.

One possibility is to harness an increasing amount of energy from the Susquehanna River and its tributaries through hydroelectric power, according to The Department of Conservation and Natural Resources. Another energy source is through wind generation, which is already heavily utilized as it is Pennsylvania’s largest source of renewable energy.

Peach Bottom Plant may be next

Another nuclear power plant in Pennsylvania is on its way to decommissioning. Peach Bottom Nuclear Generating Station, also owned by Exelon, in Delta, Pa is in SAFSTOR condition, meaning safe storage. The station has three units. The first has been shut down with the fuel removed and equipment dismantled since 1974, and the other two may be soon to follow. The first unit is still being maintained and monitored for radioactivity. Once the plant is completely free of radioactivity, it will be dismantled and the property as a whole decontaminated. If they are chosen to be shut down, they probably won’t undergo decommissioning until 2034 when the license expires. 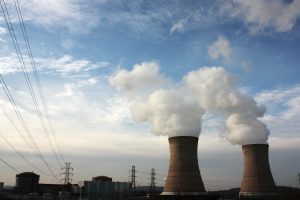 4 a.m.: The accident starts when a failure occurred in a non nuclear section of the plant. The failure impeded the feedwater pumps’ ability to send water to the generators that cool down the reactor core. The generator and reactor shut down which caused an increase in pressure. To mediate, a staff member opened a relief valve and levels dropped to normal. While the control room technology said the valve was closed, the valve remained stuck open without the staff members knowledge. Water continued to flow through the malfunctioning valve and eventually caused alarms to go off.

7:45 a.m.: The Nuclear Regulatory Commission Operations Center in King of Prussia, Pa. was notified of the issue.

8 a.m.: The NRC Operations Center in Washington D.C. was alerted. Inspectors were dispatched to the scene, while other organizations like the Department of Energy and the Environmental Protection Agency mobilized their response teams. 9:15 a.m.: The White House was notified of the incident.

11 a.m.: Any non-essential people were evacuated from the plant.

The evening of March 28: The situation was thought to be handled. The core was cooled and the reactor was stable.

Morning of March 30: Radiation was released from the plant, which caused confusion and concern. Richard Thornburg, the governor of Pennsylvania at the time, advised pregnant women and small children that were within a five-mile radius of the plant to leave the area. Later that day: A hydrogen bubble formed inside the containment center. NRC officials worry the bubble could explode or burn and cause a containment breach.

March 31: The hydrogen bubble caused a lot of anxiety among not only the government officials but the population as well.

April 1: Experts decided the bubble was not at risk to burn or explode due to the lack of oxygen in the vessel. The crisis was over. 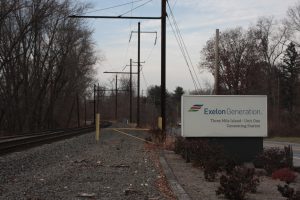 Exelon Generation LLC is a company that works in power generation. They are the nation’s leading provider of zero-carbon nuclear energy. The company deals with natural gas, hydropower, nuclear, wind, and solar energy. About 62% of Exelon Generation’s operations involve nuclear energy. The company encompasses Exelon Nuclear and Exelon Power. Twenty three reactors at 14 different facilities are run by Exelon Nuclear.

The facilities are stationed in Illinois, Maryland, Nebraska, New Jersey, New York, and Pennsylvania. With all the reactors combined, the fleet can generate more than 22,000 megawatts of electricity. The nuclear fleet of 14 produces around 158 million megawatt-hours of electricity every year.of the plants and did not want to be in close range of the plants in case of a nuclear emergency. Following the meltdown, construction on nuclear power plants across the United States came to a halt.

Many citizens are angered by the announced closing of Three Mile Island. A coalition recently formed called, Clean Jobs for Pennsylvania, is trying to persuade state officials to enact legislation that will keep Three Mile Island open. The coalition includes locally elected leaders from the fields of business, labor, environmental, and education. They want to continue the operation of not only Three Mile Island, but the four other nuclear plants in the state.