Masonic Village of Elizabethtown, a retirement facility, currently employs an impressive solar array on site to help facilitate the power needs of their various buildings and facilities, which they intend to expand upon. 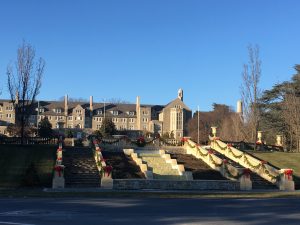 Retirement facilities provide all sorts of services for those that are admitted to them. From housing to nursing care, everything an elderly citizen might need is catered for. But with so many buildings and residents within such living spaces, energy costs are sure to be high. That’s where innovative retirement communities like Masonic Villages of Elizabethtown come in. 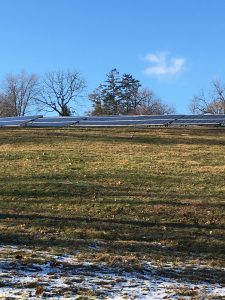 A front view of an array of solar panels. By Robert Shearer

Masonic Villages has recently announced an expansion of an existing solar farm that is located on their campus, providing energy to their various buildings and facilities. The Masonic campus is currently a 1,400-acre retirement community. The proposed expansion for the solar array, located behind the Children’s Home, is set to triple it in size from a 5-acre plot, to approximately 15-acres. 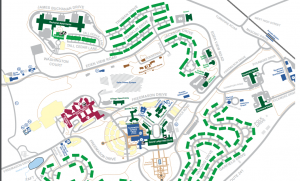 But how did this solar array start at Masonic Villages? It all started back in 2011 when the first iteration of the solar array was completed in February. Back then, this first system of 1,400 acres was estimated to produce about five percent of Masonic’s energy consumption per year. While this number might not seem large, this array is the largest at a continuing-care retirement community in the state of Pennsylvania. This accomplishment cost around $4.5 million to make and was constructed by Elizabethtown Solar and Electric Partners LLC, an unaffiliated company that would also own and operate the array. 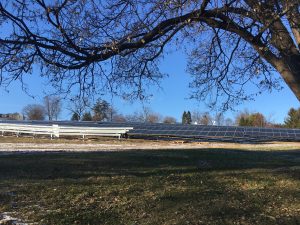 The cost of the solar array’s initial construction was also eased by $1,176,000 in state grants. Furthermore, Patrick Sampsell, the chief environmental and facilities officer of Masonic had the following to say on the original array: “It fits really well with some of the other things we do”. It makes sense for Patrick to say this, as Masonic Villages of Elizabethtown features other self-sustaining practices and facilities, such as their farmers market with farm grounds also hosted on campus. 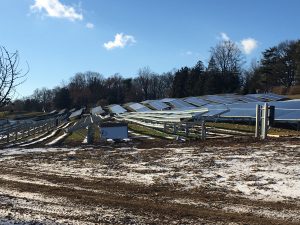 As mentioned earlier, the construction was handled by Elizabethtown Solar, who also owns the array, but what’s notable is that they are a company that was formed and managed by Solar Renewable Energy LLC, which is based in Mechanicsburg. Elizabethtown Solar was brought in because Masonic was unfamiliar with solar power, and required a company that could help them achieve their goal of implementing it into their power grid.

According to the official post on their site, the original 1,400 acre solar array would generate enough power each year to save Masonic Villages $40,000 to $60,000 in electric bills. It’s also worth noting that the implementation of their solar array earned them the Citizens for Pennsylvania’s Future Green Power: Make It! award to Masonic in October of 2011.

In light of the expansion of their solar farm, as well as various other water and energy saving measures being implemented by Masonic, they are expected to generate up to a quarter of their own energy. If you wish to read more about Masonic Villages, visit their website at https://masonicvillages.org/.

February 2018: Solar farm expansion is expected to be completed.

One of the oldest and largest buildings at Masonic Villages of Elizabethtown, the Grand Lodge, has recently begun renovations this year. The building, originally constructed in 1911, has received several changes in order to offer more dining options for residents. The restaurant will be expanding into two separate sections, a restaurant for lunch and dinner, and a cafe for breakfast. Renovations will also expand to the terrace along the retirement community’s main street, boasting new recreation areas and an expanded boutique. Construction for this updated Grand Lodge has begun in April of this year and is expected to be completed by April of 2018.

What is Masonic Villages?

Masonic Villages is a retirement facility located in Elizabethtown Pennsylvania. With over 140 years of experience, the facility touts all form of facilities to help make their residents stay a convenient and comfortable one. From the on-site farm and farmers market to various cafes, restaurants, and clubs for the residents to join, Masonic is a place that offers freedom of living for all its retired residents. The Elizabethtown facility is also situated across from the Amtrak station, allowing residents to travel to their loved ones or to meet them for a visit.