At Oregon Dairy, they’re about more than just milk. The Hurst family has been farming for three generations, but their sustainability practices today are right at the cutting edge.

In May 2015, the Hurst family at Oregon Dairy was granted the Outstanding Dairy Farm
Sustainability award from the Innovation Center for U.S. Dairy.

At their location in Lititz, Pa., dairy sustainability begins with 450 cows that produce milk on the
farm. For years, the farm itself has been completely powered by the implementation of a methane digester, converting the deadly methane gas from cow manure into 120 kilowatts of energy per hour that is then generated back into the operations of the farm. Leftover energy not consumed by the farm is then transferred to and used at the Oregon  Dairy Supermarket adjacent to the farm.

The process begins when the waste from the cows is collected from their home in the free stall barn and is sent next door before entering into the manure separator, breaking it into its liquid and solid components.

“So we heat that manure to 100 degrees so it produces a gas called methane, which is a deadly gas,” said Maria Forry, part of the third generation that is currently running the farm. “Then we use that methane gas to run the engine generator set and that converts the methane into the electricity.”

Generated electricity supplies power to the entire farm, as well as two houses on the farm’s property. Any extra electricity leftover is sold to the neighboring Oregon Dairy Supermarket.

“[Methane digesters] are becoming more and more popular around the nation — a lot of them are connected to PPL and are selling the electricity back to [them] and we do not do that here,” Forry explained. 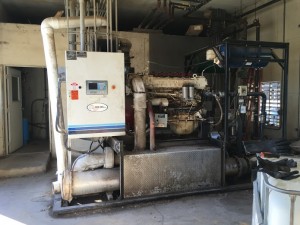 Forry’s father built Oregon Dairy’s original methane digester in 1985 as one of the first to exist in Lancaster County, and was later expanded in 2010 in order to be even more efficient for the farm.

“For a methane digester, it was a very new and novel idea and over the years with green energy, it has become a lot more popular,” said Forry.

Beyond the methane digester, the roof of Oregon Dairy Supermarket contains solar panels, originally installed in 2011, that contribute around 10% of the electricity needed to supply the store’s operations.

Welcome to our Farm

Another significant component of the dairy sustainability award Oregon Dairy received was the educational tours that they provide for free to students and the general public in order to teach and show visitors the operations of life on a farm.

One special event that they hold each year is Family Farm Days held in the month of June, which brings 12,000-15,000 visitors over the course of three days to Oregon Dairy to see, learn and experience the workings of the farm.

“Another part of our sustainability award was just helping our neighbors, whether they be from far or near or whatever to come onto a farm, open up our doors, so they can see and learn and understand — how the animals are cared for, how we recycle and how we are sustainable to show that farmers do care,” Forry said.

Family Farm Days is a free event that teaches the community where their food comes from.

From April through October, Oregon Dairy also provides school tours to students with a tractor ride through the farm, a milking tour and the chance to pet a heifer calf. The calf that the students see on this tour is representative of the many cows that the farm raises. 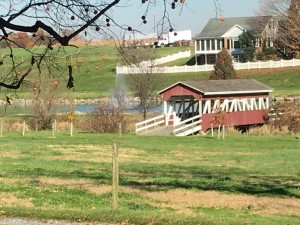 “We were recognized for how we take care of our animals, even simple things like giving vaccinations. Anytime you give an injection into the meat, it could leave a lesion on the meat, like in their muscle. So we try and give most of our injections, vaccinations and stuff either subque (under the skin) or else in the neck muscle because the neck muscle doesn’t get used to eat.” Forry said. “At the end of the day, our cows are beef and we want to make sure it’s a good beef product that goes to consumers.”

From the Cows to the Crops

While the cows play an essential role to the farm and the award received, Oregon Dairy also makes large efforts to grow sustainably produced crops on the farm and recycle everything that they cannot use.

The planting of the crops and their harvest is a cycle within itself, but they also represent a part of a much larger cycle when it comes to their impact on the farm.

All of the crops that are fed to Oregon Dairy’s cows are grown directly on the farm. To add even more value to what Oregon Dairy has already produced, they are creating their own compost year round in large barns on the farm. A good compost can take nearly three months from the time the raw product is added until it is completed.

“Any food waste from Oregon Dairy, from the grocery store and restaurant comes down here to be composted,” Forry said.

Along with seasonal produce, such as pumpkins in the fall, the farm also often receives waste from local restaurants and schools to be composted to avoid it ending up in landfills. On the farm itself, this compost can be added back into the soil to help new crops grow the following year.

While Oregon Dairy has invested a lot of time into performing sustainable practices on their property, they have also extended their efforts to reach and protect the surrounding areas and the community.

A creek that runs through the farm empties into the nearby Chesapeake Bay. Oregon Dairy has implemented streambank fencing, or a riparian buffer, where trees are placed along the creek to provide shade and increase the water quality of the stream. They only allow cows to cross the stream at a single place on top of concrete slabs in order to avoid soil erosion.

“All of our fields around here —any runoff that would come off is just another barrier before it gets into the creek to absorb more rainwater as it goes into the creek,” Forry said. “So the [riparian buffer] is one thing we do specifically to benefit the Chesapeake Bay because that’s where the water ends up.”

Oregon Dairy has finally been nationally recognized for the extensive sustainability practices that they have been implementing on their farm for years. What started out as a single store has now become a large property that is used to provide food for the community, educate its visitors and protect the land and the water that surrounds them. While they often are working seven days a week, Maria Forry and her family take great pride in what they can provide for and teach to the community.

“We are an open farm and we want people to understand where their food comes from.”

Dairy Farm – A farm that is classified as producing milk for a long-term amount of time.

Family Farm Days – Annual days each June where Oregon Dairy Farm invites the community to learn and experience life on their farm.

Innovation Center for U.S. Dairy – A forum for the dairy industry to work pre-competitively to address barriers to and opportunities for innovation and sales growth.

Methane Digester – A machine that uses methane from cow manure converting it into usable energy.

Stream Bank Fencing – Improving water quality by controlling the runoff from crops and animals by placing a fence along streams or rivers.