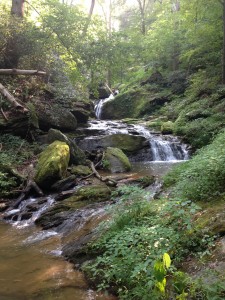 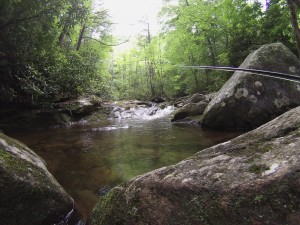 When asked what group of people are considered environmentalists and conservationists not many people would respond by saying fishermen.  But why not? It only makes sense that those who are actively out using nature’s resources should be the ones making sure it is properly maintained.  Here in Lancaster County there is an abundance of wildlife and nature that needs protecting.  A major part of this wildlife is the rivers and streams that run through both the forests and farmlands of the county.  These rivers and streams are home to a large number of trout that can only live in very specific conditions.  This is where Donegal Trout Unlimited comes in.

Who is Donegal Trout Unlimited?

In 1967, a group of seven fishermen decided it was their responsibility to take care of the streams they love in order to protect their sport.  Today this group has grown to over 600 members and has increased their annual spending from just 350 dollars to over 500,000 dollars (donegaltu.org).  Their mission is to restore local streams here in Lancaster County and teach the younger generations about fly fishing and how to protect the waters.  Protecting the sport of fly fishing and helping the environment go hand in hand because these streams need to be in pristine condition for trout to be able to survive.  This is why Donegal Trout Unlimited not only focuses on the streams themselves, but also the land surrounding these bodies of water.  So far they have completed restoration on both Donegal Creek and Lititz Run and are continuing to maintain both. 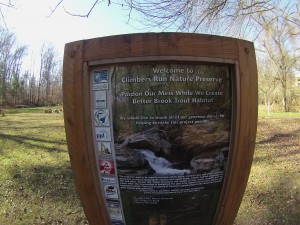 One of the major projects that Donegal Trout Unlimited has been working on for some time now is along Climber’s Run in the Climber’s Run Nature Preserve.  This stream was experiencing many problems and had sections that were not suitable conditions for trout to thrive.  Many people also use this area for hiking and running on the trails along the stream.  One problem this stream was experiencing was extremely shallow sections and trouble with water flow.  This can trap trout and not allow them to feed.  Their solution to this problem was to add structure throughout the river to create deep pools.  This was done by putting logs and boulders in the stream to create waterfalls.  They also widened a section of Climber’s Run that was too narrow due to erosion of the bank.  Their approach to this problem was simply to build a sturdy wall along the section of the stream with logs that created a vertical bank.  This new bank also deepened the stream at this part. 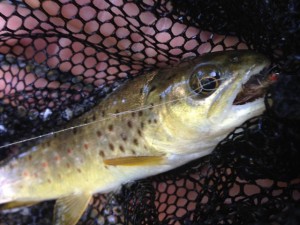 Another addition to Climber’s Run was part of their project named “Trees for Trout”.  A large open field adjacent to the stream is present at the Climber’s Run Nature Preserve and this was one of the factors that led to erosion of the banks.  In order to fix this Donegal Trout Unlimited has planted over 250 trees along the banks of Climber’s Run.  They also removed many invasive species of plants that were taking over and not allowing native trees and plants to grow.  Trees have many benefits for rivers and streams and are also helpful to the trout that live there.  First off the roots of the trees strengthen to banks and prevent erosion.  Eventually these trees will grow large enough to provide shade over the water this will help trout remain cool which it vital to their survival in the summer months.  Also trees provide woody material to the river.  This increases the nutrients in the river for insects to feed on and eventually for trout to feed on those insects.  Last of all, trees create a buffer zone along the banks that help filter out runoff that can contain pollutants.

Conserving the environment is a great thing to do, but it is almost pointless if we do not teach the youth to do the same.  Conservation is a constant task that needs to be passed down to the next generations.  Getting your kids involved with fly fishing is a great way to get them to care about the environment while connecting it to a rewarding hobby that will stick with them for a lifetime.  Donegal Trout Unlimited has taken this idea into schools with a program called “Trout in the Classroom”. 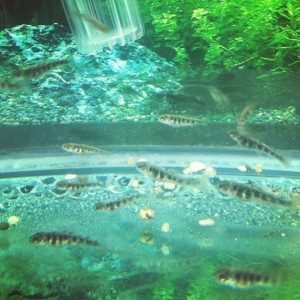 In the program, students learn about cold water conservation as they illustrate this by setting up a tank in the classroom and raising brook trout from eggs until they are about a little over finger length.  After they have grown to a considerable size, they are usually released in a Donegal Trout sponsored stream. So far this has been done in 14 classrooms across 12 different schools right here in Lancaster County.

What can you do?

Getting involved in protecting Lancaster’s rivers and streams is as simple as picking up trash along the banks while you fish.  Every little bit helps.  A clean body of water starts with those who use it.  Always make sure to keep all of your trash in your bag or pocket.  Cut off and extra fishing line is often discarded into the water by negligent fishermen.  This is troublesome because fishing line is non-biodegradable and can either tangle or be consumed by fish.  A good motto to live by when fishing is to leave nothing but footprints. 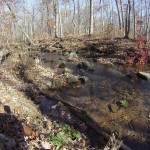 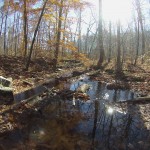 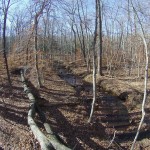 Donegal Trout Unlimited gives many volunteer opportunities as well.  These can include cleaning up streams, planting trees, building structure for streams, and many more.  Volunteers are needed more during warm weather months when the streams are being prepped for stocking. 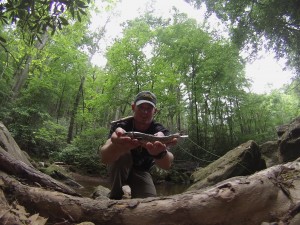 Being a sportsman is much more than simply participating in hunting or fishing.  Doing these activities legally and with respect for the environment is what really makes someone a sportsman.  Fishermen should want to preserve not only the fish population, but also the water they live in and the surrounding area.  There is a reason for licenses and limits on trout because they are a fragile species.  Most places are non habitable for them year round, so stocking and taking a correct limit is key for sustainability. 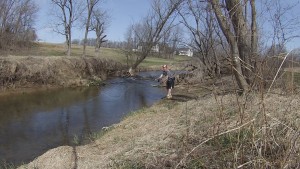 -Below is a Podcast Produced by Reid Anderson and Joshua Davis about the importance of sportsmen to the environment.

Trout– (noun)  any of several game fishes of the genus Salmo, related to the salmon.

Environmentalist- (noun) any person who advocates or works to protect the air, water, animals,plants, and other natural resources from pollution or its effects.

Stocking- (Verb) to furnish with a stock or supply.

Erosion- (Noun) the process by which the surface of the earth is worn away by theaction of water, glaciers, winds, waves, etc.

Biodegradable- (Adj.) capable of decaying through the action of living organisms.