Ever wonder how schools are becoming more sustainable? Well local college Franklin & Marshall is a great example of a successful sustainability initiative.

Sustainability has recently has become a budding issue on many college campuses across the United States. Colleges and universities across the countries have been taking the appropriate  measures to ensure that they are creating a sustainable campus. Whether it is making small choices our hiring a specialist this topic is effecting college campuses everywhere.

Local Lancaster institution Franklin & Marshall College, has taken the initiative to create a college that focuses on conservation and environmental stewardship. They have divided their initiatives into six plans that focus on waste stream, the food system, energy and water, buildings and  grounds, education and outreach, and sustainable transportation. These plans have been developed and catered to the Franklin & Marshall campus.

However, recently the focus has been on energy and water. Franklin and & Marshall has provided LED lighting to help reduce electrical usage. The LED lights were installed across campus in 2013 and 2014.

It was said that these LED lights would reduce Franklin & Marshall’s electricity usage by 2 million kilowatt hours per year. They also installed solar panels on two buildings on campus. On top of the Sustainability House sits a 300 square-foot solar panel collection.

However, on top of the Hackman Physical Science building sits a 30.36 kW solar panel collection. These solar panels were brought to campus to help create electricity on site and to help reduce the carbon foot print. To help with the water initiative, Franklin & Marshall created a “think outside the bottle” campaign where they installed 40 water bottle filling stations.

They have decided to completely stop selling bottled water campus, and provided every student with a reusable and BPA free Nalgene water bottle. There are over 40 water bottle filling up stations that are strategically placed in “high traffic” locations throughout campus. Within the first year, the bottle fillers, filled 458,501 16 oz water bottles.

The campus has also installed aerators in the sinks and showers around campus which keeps the splashing to a minimum  as well as low flow toilets with hopes of reducing the amount of water being used. Franklin & Marshall also host green roofs on camps. These roofs are made to reduce the amount of energy that is required to heat and cool building as well retain water to reduce the runoff during storms.

F&M have also created a more efficient way to catch rain water and reuse it through different things on campus. There college also included a campus conservation thats filled with beautiful flowers and trails. The conservation location also reuses everything found in there it order continue to contribute to there sustainable initiative. 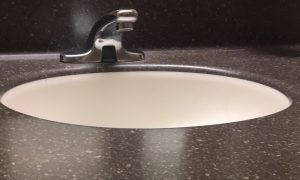 What are LED Lights?

Water bottle filling stations have many important benefits. One obvious benefit has to do with the health of those who use these stations. Drinking water is a very important part of living an healthy life. By having these easy accessible stations, it promotes healthy living by encouraging everyone to fill up their water bottles. These stations are also energy efficient. Each station has a setting in which the refrigeration can be turned off when not in use. Each station also counts the amount of 16 oz water bottles have been filled from that station. This allows you to physically see how using the stations are helping the environment. 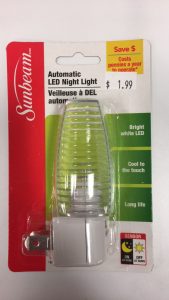 When LED lights first hit the market they were very expensive and often times difficult to find. Today, LED lights have become extremely popular and accessible. Most stores such as Walmart, Target, Lowes, and Home Depot sell LED lights in every way imaginable. One can purchase LED light bulbs, LED christmas lights, LED lasers, LED flashlights, LED car light bulbs, LED industrial lighting, LED accent lighting and many more. LED lights are now the most recommend form of lighting. Sustainability is becoming a very popular initiative which has allowed the creation of things such as LED lights to be favored.

If your campus doesn’t already have a sustainability initiative you might feel like you don’t know where to start to begin one. But no worries, by changing your lifestyle you could effect the sustainability of your campus. Things such as taking notes electronically instead of using paper is one way to become more sustainable. Purchasing a reusable water bottle will help minimize they amount of bottled water and plastic around your campus. Recycling is the easiest way to live a more sustainable life. It’s important that people pay attention to were they deposit their trash. Creating a campus garden or sustainability club on campus could also be very beneficial.