The Keystone 10 Million Trees Project will be planting over 31000 trees at over 50 locations throughout the state of Pennsylvania. 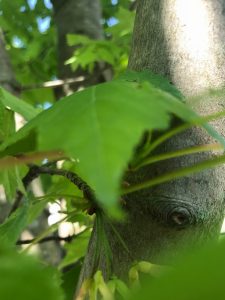 Local and state partners gathered on Garber farm in Manheim this past Tuesday for the launch of The Keystone 10 Million Trees Project, Pennsylvania’s collaborative effort to plant 10 million trees by the end of 2025 to restore and protect local rivers and streams. Throughout April the Keystone 10 Million Trees Project will be planting over 31,000 trees at over 50 locations throughout the state of Pennsylvania. This is a collaborative effort that was organized by the Chesapeake Bay Foundation (CBF), of national, regional, state, and local agencies, conservation organizations, watershed groups, conservancies, outdoors enthusiasts, businesses, and individuals.”The old proverb, “it takes a village,” is certainly true for restoring Pennsylvania’s rivers and streams,” said CBF President William C. Baker. “The Commonwealth is significantly behind in meeting its pollution-reduction commitments and the Keystone 10 Million Tree Partnership will accelerate efforts to close that gap”.

The State’s Clean Water Blue Print hopes to have all practices in place to restore local rivers, streams and the Chesapeake Bay by 2025. The group missed their goal of having 60 percent in place by 2017. Close to 19,000 miles of Pennsylvania’s rivers and streams are contaminated by polluted runoff and the legacy of coal mining. To help solve this problem The Keystone 10 Million Trees Project will be planting stream-side buffers that reduce, filter, absorb runoff and provide the greatest return when it comes to reducing the amount of pollution entering our waterway. As well as trees in urban and suburban settings to absorb and clean polluted runoff, reduce flooding, and help restore abandoned mine land and help filter air pollutants. 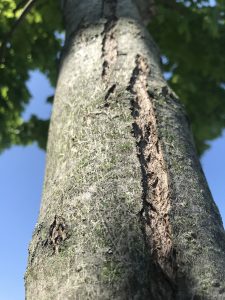 “When we look at solutions for some of our conservation challenges such as managing storm-water from very heavy rain events, having clean drinking water, and providing habitat for fish and wildlife, it turns out that trees are the answer,” DCNR Secretary Cindy Adams Dunn said.”Trees, especially when alongside streams and streets, are one of the most cost-effective ways to restore and protect stream health, help keep nutrients and soils on the land, and cleanse drinking water sources,” said Harry Campbell, CBF Executive Director in Pennsylvania. “More trees benefit our farmers, our communities, and our health and welfare.”

What Needs to Be Done

Currently the State’s Clean Water Blueprint calls for many changes. 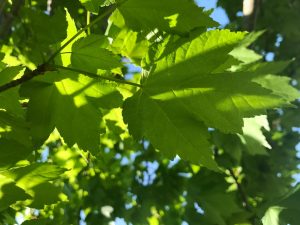 The Partnership is placing special emphasis on plantings in five counties in south-central Pennsylvania because of large contributions of nitrogen, and that local stream impairment and overall loss of trees along streams and streets, is where greatest need meets greatest opportunity. The tree plantings will be concentrated in Lancaster as well as Cumberland, York, Dauphin and Franklin counties. Currently, Lancaster County has the lowest percentage of forest cover in the state behind Philadelphia, Delaware and Montgomery counties. 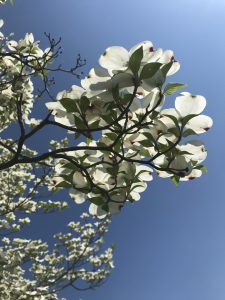 “To some extent, less forest cover in Lancaster County does contribute to our poor air quality,” said Kevin Stewart of the American Lung Association.

Four tree-planting sessions are planned for the upcoming week by groups, municipalities and volunteers around Lancaster County. Of those sessions, one of them will take place in the southeastern part of Lancaster city on Friday April 27th, where 115 trees will be planted, making it the largest single-day tree planting in the city’s history.If you’re interested in volunteering or would like more information on The Keystone 10 Million tree project, visit their homepage at www.tenmilliontrees.org.

The CBF was founded in 1967 it is the largest independent conservation organization dedicated solely to saving the Chesapeake Bay. Their mission is to save The Bay and to keep it saved. Their goal is to restore the bay and its tributary rivers to good health as measured by established water quality standards. By doing so the water will be clear and free of toxic contaminants allowing the water to have healthy oxygen levels. With the help of natural filters on land and in the water will all the Bay system to serve as a habitat for both humans and aquatic life.

Pennsylvania and the other Bay jurisdictions agreed to create plans to implement 60 percent of their Bay cleanup practices by 2017 and 100 percent by 2025. These plans are called Watershed Implementation Plans and will not only help restore the Bay, but will also significantly improve the health of local waterways.Because agriculture occupies much of the Chesapeake watershed landscape in Pennsylvania, it adds a significant portion of the nitrogen, phosphorus, and sediment pollution. Pennsylvania’s Reboot Strategy is to plant 95,000 acres of stream-side forested buffers. Because agricultural and storm-water sectors are not meeting Pennsylvania’s pollution-reduction targets, accelerating the implementation of stream-side buffers is important. Stream-side buffers, trees and shrubs planted along streams are one of the most cost-effective practices for reducing nitrogen, phosphorus, and sediment pollution in both rural and urban landscapes. A focus on planting new buffers and preserving existing ones is more important than ever. CBF President William C. Baker: Will Baker first  began his career at CBF as an intern, in 1976. He has been President since 1982, leading the largest nonprofit conservation organization dedicated to preserving, protecting, and restoring the Chesapeake Bay.

Harry Campbell CBF Executive Director: Oversees, coordinates, and collaborates with over 20 staff in the Pennsylvania office. He has conceived, initiated, and managed the first ever CBF Pennsylvania Advisory Council. He has also arranged several innovative initiatives, particularly employing “big data” towards new outreach and advocacy initiatives.