Stormwater is water that follows a snow or rainstorm and it does not infiltrate the surface.

The City of Lancaster has developed maintenance, design, and monitoring manuals in addition to an updated green infrastructure plan. Lancaster City discharges stormwater in two different ways. These ways are Municipal Separated Stormwater Sewer Systems and through combined sewer overflows (CSOs). The CSOs are discharges of untreated sewage and they flow into the Conestoga River and eventually into the Chesapeake Bay.

Lancaster City is held responsible for about 750 million gallons of combined sewer overflows. This is actually fairly common for historic cities like Lancaster that rely on a combined sewer system. A combined sewer system both transports and collects domestic sewage and rainwater that is flowing down from streets, downspouts, parking lots, sidewalks, and over other services into the city’s storm drains.  45% of Lancaster city is serviced by a combined sewer system.  In addition to this, the city has about four square miles of the area being serviced by a Municipal Separated Stormwater Sewer System. The Municipal Separated Stormwater Sewer System is a system that conveys stormwater through pipes, storm drains, and ditches that discharges to surface water. This requires a permit that is issued by the Pennsylvania Department of Environmental Protection (PDEP). It also has to be under the National Pollution Discharge Elimination System provisions of the Federal Clean Water Act.

Another big part of stormwater issues in Lancaster is the City Stormwater Bureau. The City Stormwater Bureau is located in the Department of Public Works, this also includes Wastewater operations, engineering, and Public Property, and Operations Stormwater is a huge issue in the world, especially here in Lancaster. However, city officials are working hard in using green infrastructure to solve this issue. Green Infrastructure describes both natural and man-made processes to help direct where the rainwater falls and goes. This can be through structures like rain gardens, green roofs, or porous asphalt. Stormwater runoff can cause erosion of streams, flooding, sediment buildup in our local watersheds, and negative impacts on the Chesapeake Bay. Speaking of the Chesapeake Bay, it is a watershed, according to the City of Lancaster website, watersheds are like Russian dolls. There are watersheds within watersheds within watersheds. In Lancaster, our watershed is the Conestoga watershed, which is part of the Susquehanna watershed, ultimately leading to the Chesapeake Bay watershed. The Chesapeake Bay health is dependent on communities upstream, including the City of Lancaster. The Chesapeake Bay watershed runs across six states, these states being: Delaware, Virginia, New York, Maryland, Pennsylvania, and West Virginia.

It also runs across the District of Columbia. There is a Chesapeake Bay Pollutant Reduction Plan (CBRD) in place that represents the City of Lancaster’s effort to meet one of the components of the Pennsylvania Department of Environmental Protection, Municipal Separate Storm Sewer permitting requirements. This requirement was to reduce polluted stormwater discharges to surface waters impaired for nutrients and/or sediment, meeting the Chesapeake Bay pollutant reductions for stormwater discharges to surface waters located within the watershed of the Chesapeake Bay.

Lancaster City maintains and operates two drinking water treatment facilities that provide drinking water for over 110,000 residents of Lancaster. Property owners are extremely important because they are responsible for hiring a licensed plumber to repair damages and clear blockages tenants have. Property owners are also responsible for their sewer laterals up to the point of connection with the city. In the event of a tenant having a sewage issue, they must report directly to their landlord. The city will not clear any private lines, no matter what. A permit is also required and must be obtained by a city master plumber for repairing damaged lines.

A watershed is the area of land that drains to a specific body of water, for example; a stream, lake, pond, wetland, river, or ocean. It can be as small as a backyard or as big as portions of several states. The watershed basin for Lancaster is the Chesapeake Bay Drainage Bin. In addition to this, there are many sub-basins for the Chesapeake Bay Drainage Bin, one of them being the Susquehanna River Sub-basin, which Lancaster is part of. The City of Lancaster has over 1,400 miles of streams traversing our vast topography. The majority of these streams flow from Northeast to Southwest.

Karl Graybill is the Environmental Planner for the City of Lancaster. He has had this position since December 2012 to the present. Karl’s job is to assist in managing Lancaster City’s nationally recongized stormwater management program. Including, but not limited to grant writing, implementation strategy development, monitoring and reporting, and project management. Karl has also had numerous other jobs before becoming the Environmental Planner for Lancaster City. These jobs were; Planner 2, Department of Community Development for the City of Reading from April 1997 to November 2004, the Executive Director for Reading Downtown Improvement District Authority from December 2004 to June 2007 and Senior Planner/Project Manager for C.S. Davidson, Inc. from June 2008 to November 2012.

Map of the Watersheds in Lancaster 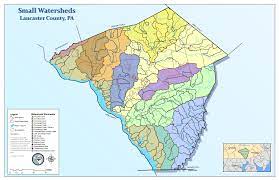 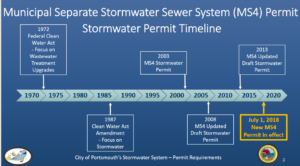 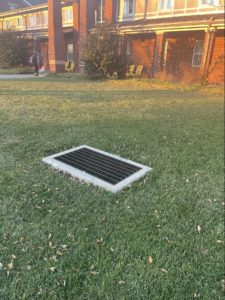 Drain out front of East Village B 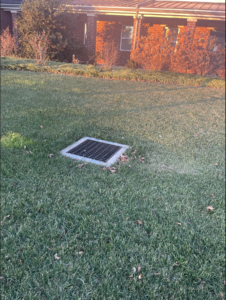 Drain out front of East Village A 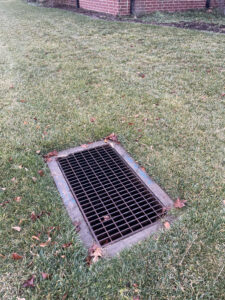 Drain to the side of East Village B