Lancaster City has become a hotspot for players of the hit GPS app, Pokémon GO, whose interactive game has increased interest in city landmarks and businesses exponentially. 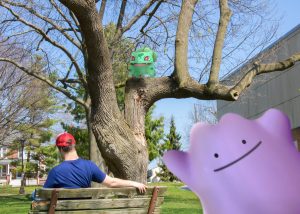 For some businesses, it can be a mystery on how to drum up more foot traffic and tourism into their establishments. However, if you are a business or town similar to Lancaster City, you might find new ways to attract customers and tourists to your locations by searching for the virtual creatures that exist only on your phone. Ever since the massively popular app, Pokémon GO, was released back in 2016, cities and towns across the world have seen many more people out walking the streets, parks, landmarks, and businesses in search of the mysterious little pocket monsters that can be tracked through the GPS in smartphones as the game is being played.

Lancaster City is no stranger to the hit phenomenon. In fact, businesses and landmark owners have embraced the app as players are drawn to catching Pokémon, they become regulars walking the streets of historic monuments in downtown Lancaster and stopping to entertain eateries as well while taking a break enjoying the weather and playing the game. Even unlikely landmarks like cemeteries have welcomed players to pass through while playing the game and increasing foot traffic. 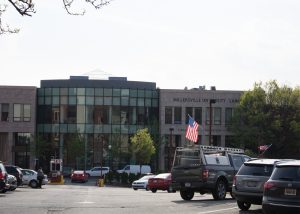 Pokémon GO works in a few interesting ways as to keep players from just driving around or creating a dangerous situation for themselves while exploring. First, players can not move faster than 20 miles per hour otherwise the game will warn them and halt any further play. Next, only places of landmark or business markings will be ones containing virtual Pokémon for players to visit and capture. This prevents players from participating in dangerous activities such as walking streets or private property.

The game works in a couple of different ways as you explore your area in search of Pokémon. Here are some tips for beginner’s getting into the game:

From these basic rules of the game, players in Lancaster City have been spotted visiting all sorts of the cities’ historic spots in the quest to capture Pokémon. Such spots are marked in the game as Buchanan Park, the Marriott hotel, the extended performing arts hall from Millersville University called the Ware Center, and even antique shops like Building Character down the block from the Pickle Bar in Issacs’s have seen more traffic since the game’s inception. 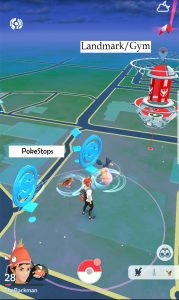 It’s no surprise that landmarks are receiving more attention due to their integration into Pokemon GO. Unlikely areas like Lancaster Cemetery have even become more popular. An article from Lancaster Online talks about how the increased foot traffic is wonderful to see, but also a good time to remind the public to stay alert and safe when they play the game. Lisa Thorne who is a spokesperson for the cemetery released a Facebook post about staying cautious as players pass through the grounds. The company, Niantic, also follows suit be constantly reminding the player to be smart and stay safe while playing the game.

While working in conjunction with the game’s rules involving location and safety, players have now taken to walking or biking more to reach these destinations increasing physical exercise and the number of cars emitting emissions on the road. This is not only a much healthier alternative but also a comical one.

When the company Nintendo first released the original Pokémon games for handheld gaming devices like the Gameboy, the avatar that players could control also only biked or walked when exploring the virtual video game worlds of the Pokémon franchise. Now Pokémon GO players can live out the fantasy they had as kids who spent hours playing the hit series while also sustaining businesses and tourism, especially in Lancaster City.

Especially true for us here in Lancaster, Pokemon GO has led to communities creating groups and meeting up with each other to enjoy the different aspects of the game. For example, Raid Battles offer players the ability to catch incredibly difficult and rare Pokemon. These types of Pokemon can be only captured if they are battled with a group of players working together. This has led to groups and communities orchestrating meet-ups, walking around and participating in the game together. Players of all ages can participate in building connections and better communities. Through physically seeking out Pokemon, communities are getting healthy exercise while building relationships with others in their community.

Another aspect of the game is its’ wonderous ability to bond players together. Many form groups and even massive teams to head out and explore Lancaster City together in the search for Pokémon. Another part of the game is the usage of “Gym Battles” where players who side on Team Valor, Team Mystic, or Team Instinct can power up their Pokémon to battle one another in the game at other historic landmarks. This creates not just a player base, but a community as well. A community of Lancaster natives and tourists who enjoy the game and bond with each other over it and their city.

Getting Involved in the Lancaster City Pokémon GO Community

Among walking around with others and playing the game, there are a couple of ways to stay in contact with those who consistently play Pokémon GO. On social media sites, there are groups dedicated to gathering people together to play the game and also alerting players when rare Pokémon spawn. Lancaster has a public Facebook group that updates on the whereabouts of Pokémon and when people venture out to play the game locally. Here is the link to the Pokémon GO Lancaster Page: https://www.facebook.com/groups/1025566477498323/about/

Pokémon GO is now an important tool for Lancaster City because it has stimulated an entirely new community of people spanning from ages young to old to get together, catch Pokémon together, and continue it all in the city that they love.