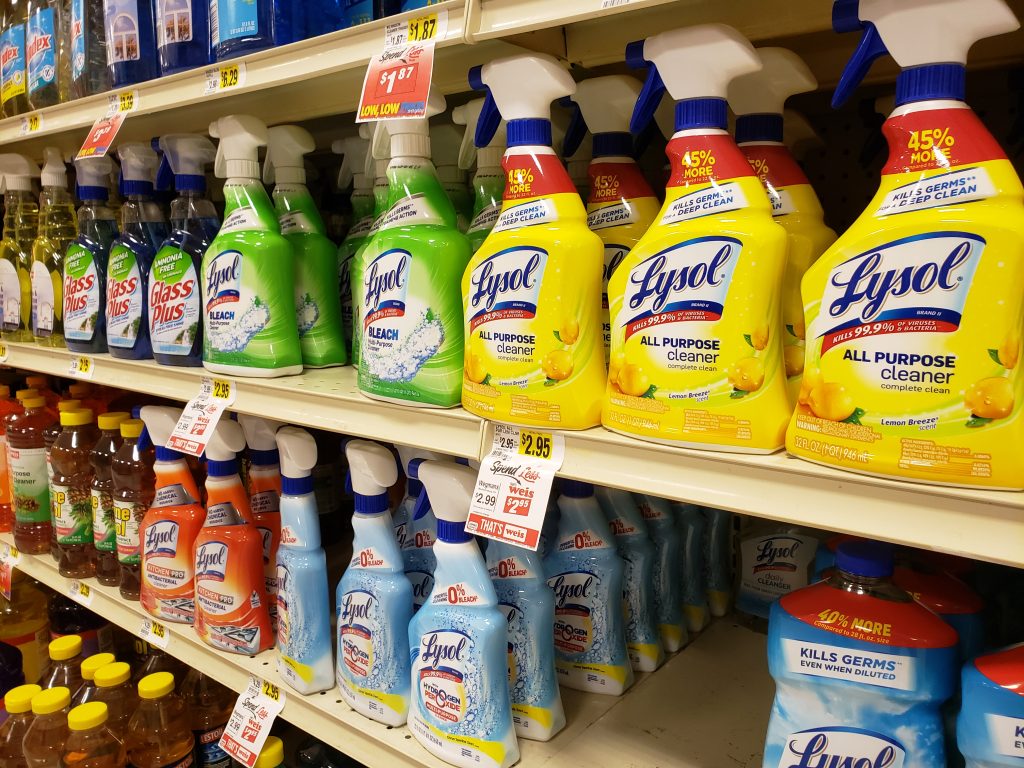 With the help of Tom Wolf and Grove Collaborative, Lancaster County will be getting much more sustainable home products.

Lancaster County is home to some of the latest and greatest sustainability options in Pennsylvania thanks to many programs organized by state Governor Tom Wolf. Continuing this trend, Wolf has announced the expansion of Grove Collaborative, Inc to the Lancaster area. Grove Collaborative is a San Francisco based home and personal care brand with a focus towards more sustainable and organic products. This is done through using “plant-based ingredients whenever they’re available”, the use of many essential oils compared to synthetics and using as little plastic products in packaging as possible. They also claim to be very transparent with ingredients, cruelty-free, and non-toxic. Grove was chosen by Wolf specifically for these reasons as they put a “high priority on social, environmental, and community well-being” 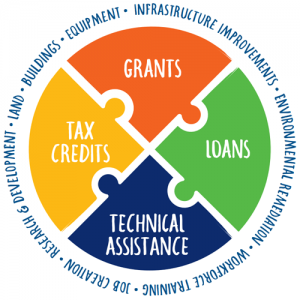 Photo from Pennsylvania Department of Community and Economic Development Website

This is one of many projects under the Expansion & Relocation in Pennsylvania Act which aims to increase profits for qualified business’ while also contributing to the local economy. This is done through grants, tax credits, loans, or technical assistance issued by the state. A similar business in this program that was recently announced April 23rd was BrightFarms, Inc. who would create a Hydroponic Greenhouse and introduce 50 jobs for Snyder County. 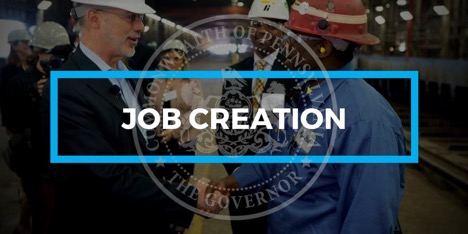 This specific expansion will instantly establish over 100 new jobs for Lancaster County and 135 jobs over three years with Grove contributing $645,000 to the project out of pocket and Pennsylvania allowing a $50,000 grant and $200,000 Tax Credit once the jobs are created. 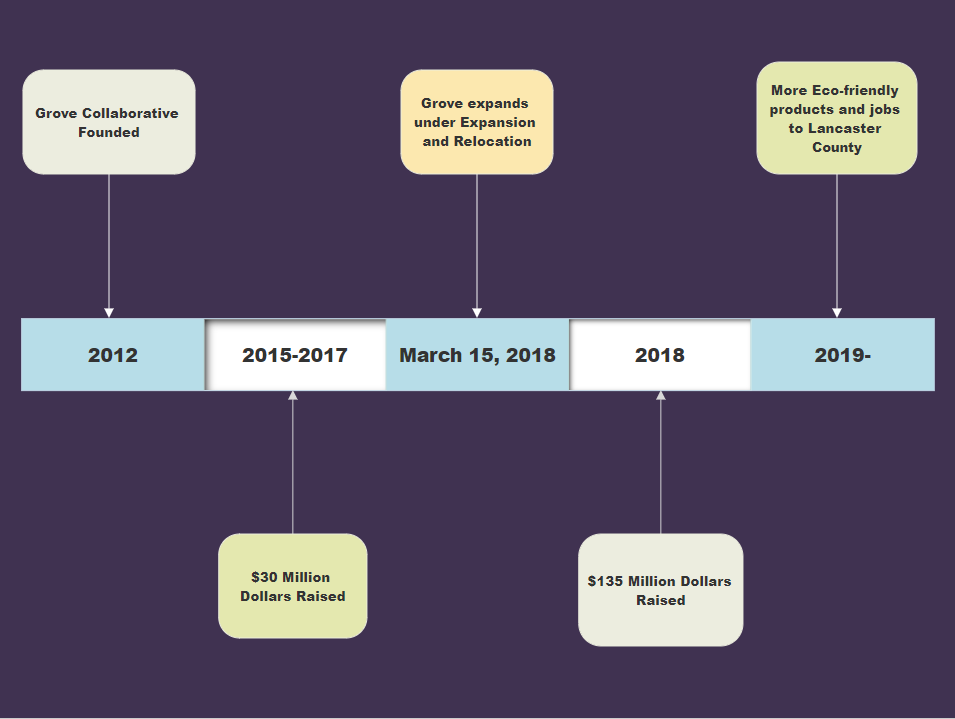 Grove was founded in 2012 but has been operating in Pennsylvania for two years now and has been growing ever since. Co-Founder and CEO of Grove Collaborative, Stuart Landesberg, believes that this move will not only grow his company but allow his team to “serve millions of families in the coming years”. Since the first money raised from early investors in 2015, the company has raised over 165 million dollars with $135 million in 2018 alone. This shows that investors believe in the project and that the market is there to take.

The company works as a sort of distributor for partners such as Mrs. Meyers and Seventh Generation to bundle sustainable well investigated products to the Eco-friendlier consumer and to put up these dollar figures without the influence of big box stores such as Walmart and Target, more traditional care products might want to take notice. 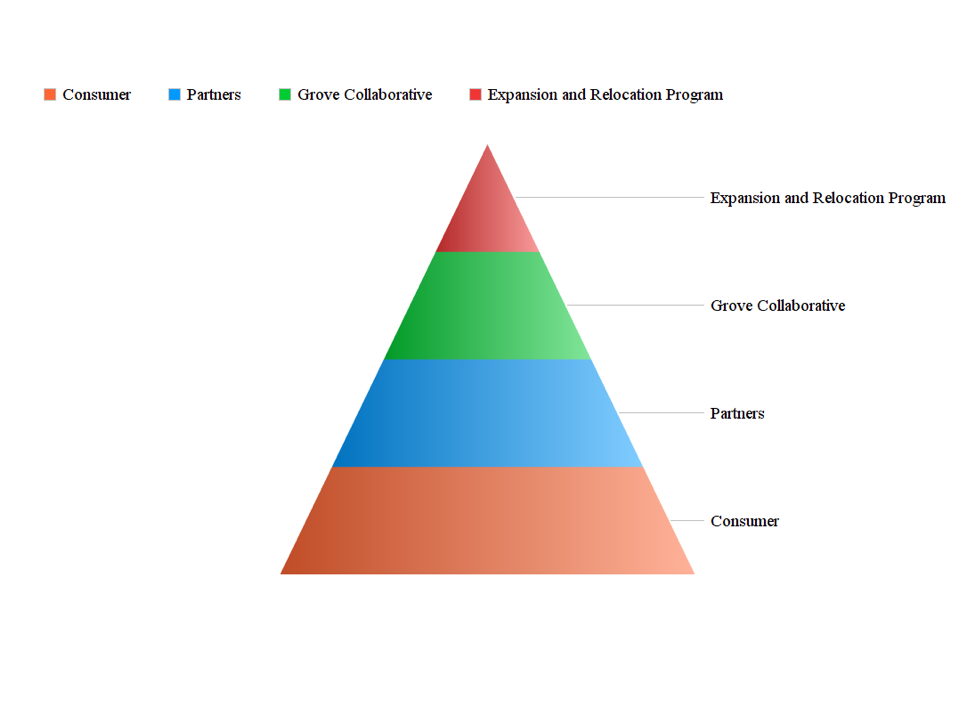 Graph made by Edward Riffert

Grove Collaborative begins the process by becoming a member of the Expansion and Relocation Program which gives both the state and Grove benefits. This is then later impacting the partners who will provide the products for Grove to bundle and the bundle will then be sent down to you, the consumer, to enjoy. This program just adds another layer to Grove’s business model. 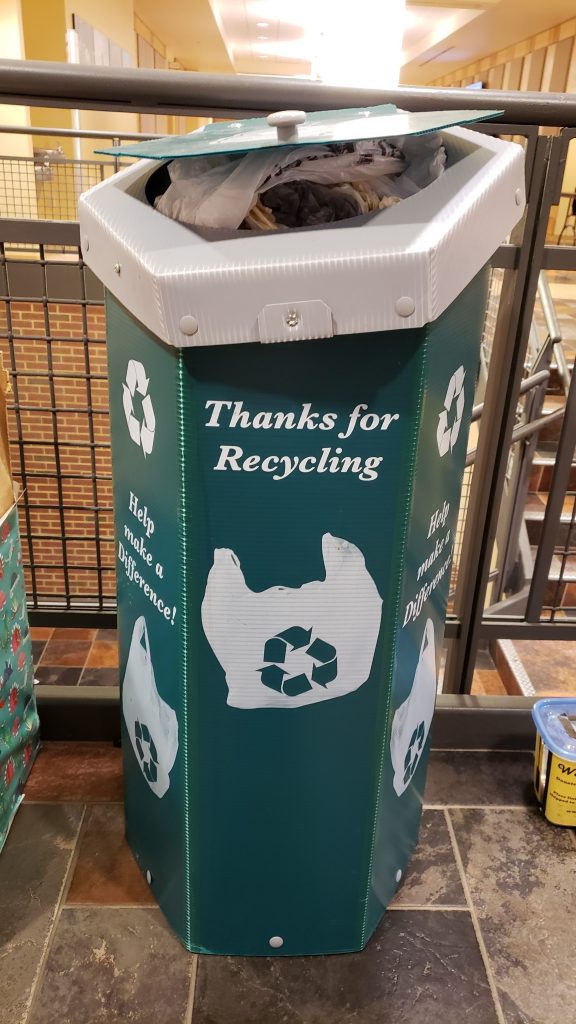 works directly with partners to give you the best price possible. In addition to fantastic service, Grove offers a VIP program for free shipping for just $20 a year and even 24/7 online chat support while still maintaining their B Corporation Certification. By being B Certified, Grove joins companies such as Ben & Jerry’s and Kickstarter to “accelerate a global culture shift to redefine success in business and build a more inclusive and sustainable economy.”

This is great news for the state and the Lancaster County area as new jobs are being introduced while also promoting a more sustainable option for local consumers. Grove plans to open their new location in West Donegal Township within the coming months. 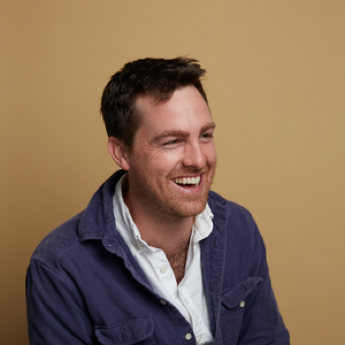 Jordan Savage graduated from Connecticut College in 2007 with a BA in Government and Economics. He then used this experience to create media content like websites and television commercials at Goodby Silverstein & Partners as an Account Manager but later in 2012 with the help of two other founders, created Grove Collaborative and now resides as the Creative Director for the company. Savage does not have a plethora of experience in the workforce, but his ideas have launched this company from an everyday startup into a multimillion-dollar household name. 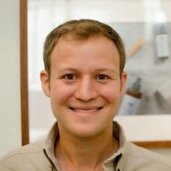 Stuart Landensberg is a 2007 graduate of Amherst College with a bachelor’s degree in Behavioral Economics and a minor in Spanish. Stuart later used this degree to acquire various positions in the industry such as a Board Advisor for Sprout Health Group and Donelan Family Wines. Stuart is now a Co-Founder and CEO of Grove Collaborative while also being the Board Member of Taylor Stitch, a crowdfunded clothing design company which began in 2017. Stuart gained the idea of Grove through products that everyone needs and rebuys. He wanted to turn this market into a much more sustainable place and Grove was born.

Bright Farms aim to improve the health of the consumer and planet through locally grown, Non-GMO, Pesticide free produce. All of Bright Farms produce is delivered fresh to supermarkets within 24 hours of being harvested and is currently occupying 6 supermarkets in Lancaster alone. Bright Farms also uses sustainable Hydroponic Greenhouses to take advantage of sunlight and water to create the most natural food possible. Finally, Bright Farms joins Grove Collaborative in the Expansion and Relocation project to create a 250,000 square-foot greenhouse operation in Penn Township which as previously stated would also bring in 50 jobs for the Snyder County area.

Each year Millersville University celebrates earth day with an event highlighting sustainability of the previous year throughout Lancaster. The university partners with a variety community focused organizations to spread information on everything sustainable from recycling to climate change. During this years event, Millersville gave participants the opportunity to recycle a variety of electronics while also providing food for the afternoon. Additionally, there was an Earth related mural of chalk created behind the Lombardo Welcome Center and sustainability and positive energy awards given out also. The event happens every year in April but there are always sustainability events happening around campus to help the planet. 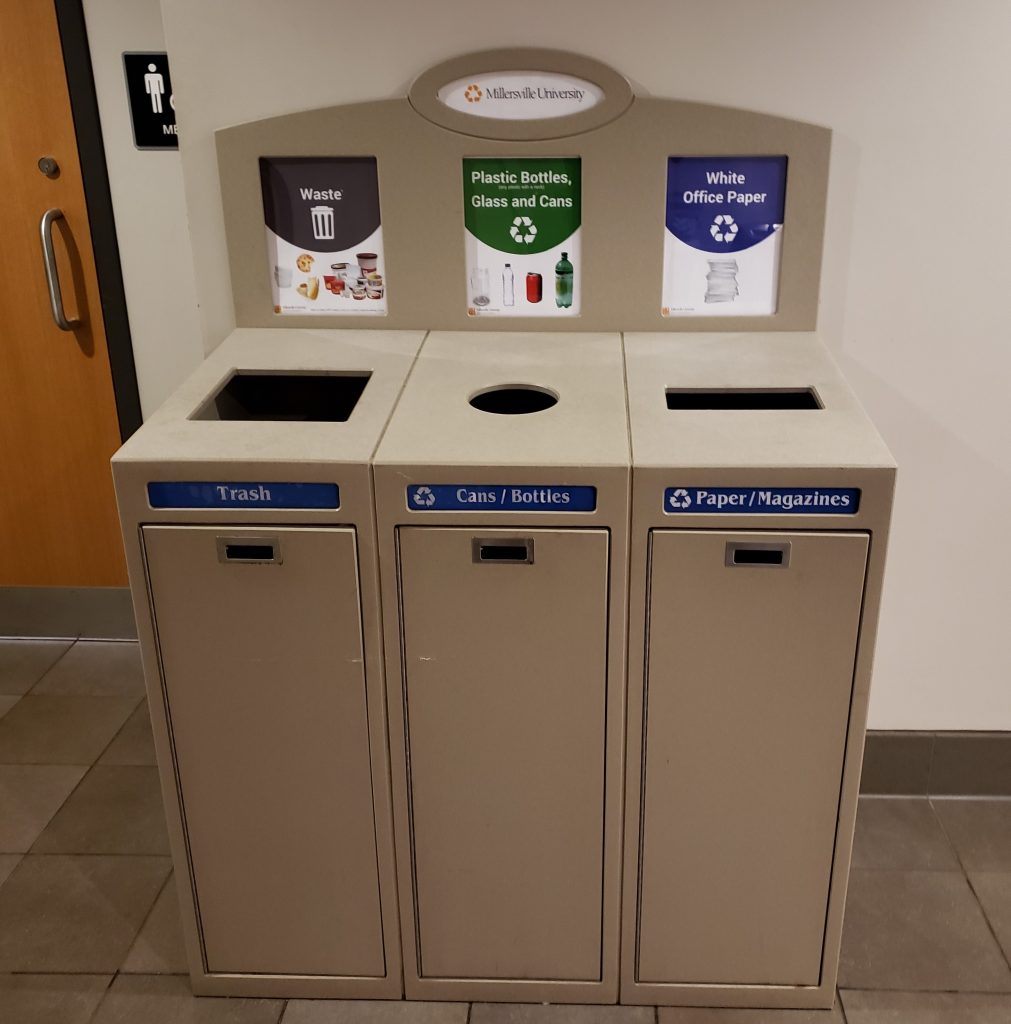 One of the many multi-purpose waste bins on campus at Millersville University: Photo taken by Edward Riffert

B Certified Corporation: A Global Community of Leaders (2019)